Donate To Fiona’s Go Fund Me

Fiona had a great season in 2015/2016, and she’s making great progress in 2017. Her intention is to compete in 10 tournaments this season, in various cities such as Hong Kong, Shanghai, Philadelphia, New York, Chicago, and Cairo. Fiona is looking to raise money to help her travel and compete in these major tournaments across the world and would use it to pay for flights. Fiona commented: “I really want to continue playing on the tour and keep working towards my...

Big Month Ahead For Fiona!

Fiona Moverley has took the most lucrative women’s Open International de Squash de Nantes title ever after she defeated Belgium’s Nele Gilis in straight games at the $15,000 prize money tournament. Moverley, the World No.24 from Hull, followed on where she left off after her dominant display against Canada’s Hollie Naughton in the last four as she controlled the pace of the final to go a game up. Gilis dug in and looked on the brink of levelling the scores in the second... 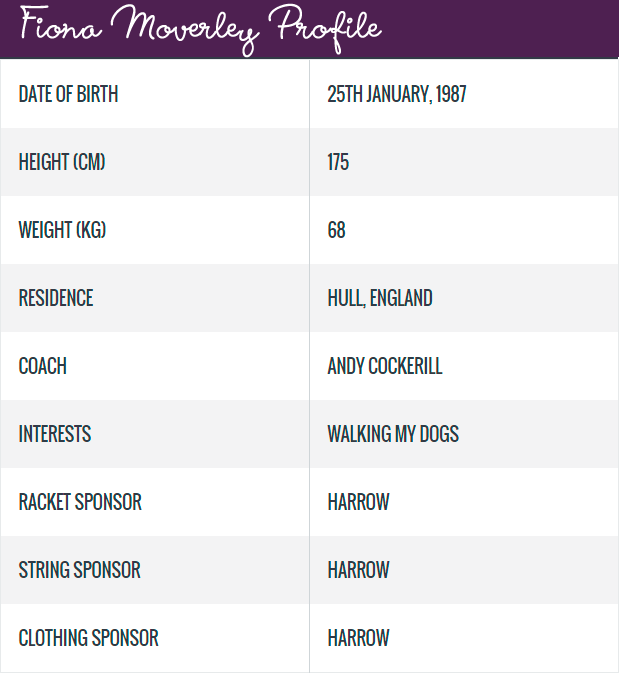